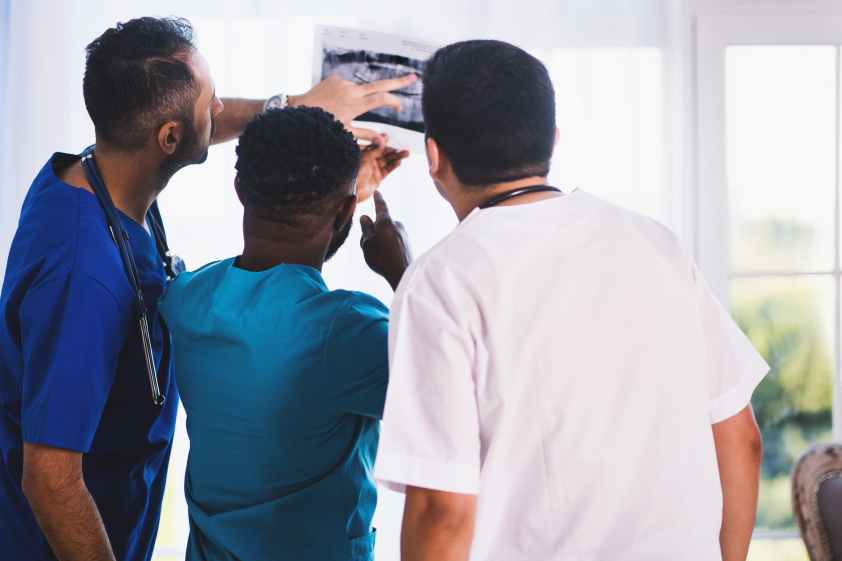 I heard an interesting podcast of an interview done by Dr Robert A Harrington with Dr Quinn Capers the Dean of Admissions of the Ohio University’s Medical School.  The title included the hash tag #BlackMenInMedicine which was intriguing. Dr Quinn Capers is one of the #BlackMenInMedicine and was talking about the small number of applicants from this particular category in the USA. Dr Quinn Capers’ gave a more personal interview on The Big Words Blog Site run by Dr Anwar Dunbar (PhD) where he also give advice on what medical schools are looking for in new applicants and what the Association of American Medical College’s ‘holistic review’ framework is looking for. Worth a read for prospective medical students.

One of the interesting things that Dr Quinn Capers highlighted in his talk with Dr Robert Harrington was that when children are surveyed in Grade 4 (age 9-10 y) and asked the question ‘what do you want to be when you grow up’, the percentage of children who say they want to be a doctor is the same across races, but when asked the same question just two years later in Grade 6 (age 11-12y), the proportion of African-American children wanting to be doctors is much lower than their white counterparts. In 2016, the proportion of African-American doctors was 7.7% considerably short of the 13.2 percent that African-Americans represent of the general population.

The proportion of medical students who identified as African-American or black rose from 5.6 percent in 1980 to 7.7 percent in 2016, according to the Association of American Medical Colleges. That’s a substantial increase but still short of the 13.2 percent in the general population.  (USA Today)

This site uses Akismet to reduce spam. Learn how your comment data is processed.